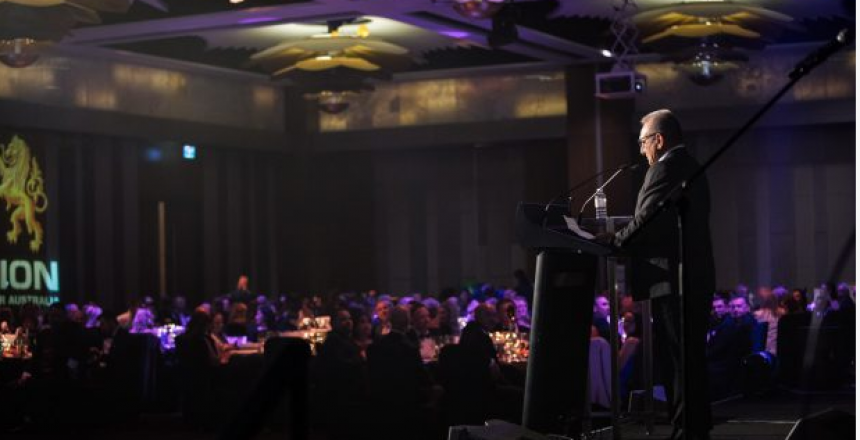 Our 25th anniversary gala at the Crown in Perth did not disappoint.

Hosted by Radio 6PR’s Simon Beaumont the lavish event was packed to the rafters with more than 360 guests attending the annual popular event.

Retailers and suppliers from across the state converged onto the Crown Perth for the liquor industry’s night of nights.

“These awards highlight the work and professionalism that goes into achieving the highest standards that are expected throughout our industry. The recognition of the recipients of tonight’s awards is well deserved,” he said.

“LSA WA has been a strong united voice fighting for our industry since 1952. We play and will continue to play a pivotal role in ensuring we have a fair legislation and regulation, to ensure our businesses continue to thrive. During the past 67 years, we’ve had one main aim, to protect small WA family businesses, while being mindful of the other businesses we come into contact with.

“Let’s not forget the jobs we create and the reliance our local wineries have on our outlets. And the kick on effect this has right down to the person driving that little red tractor around the vineyard. We are mindful of any outside influences that could affect the sustainability of our industry and our local economy” he said.

“And I’m sure our government would be conscious of the role we play in supporting that economy. Put in perspective, our industry directly generates about 6,500 jobs. On a national scale, retail liquor sales generate about $17.5 billion per year. You can imagine how much we inject” he further added.

The other huge award on the night went to board member Laurie Hurley who received the Life Member award.