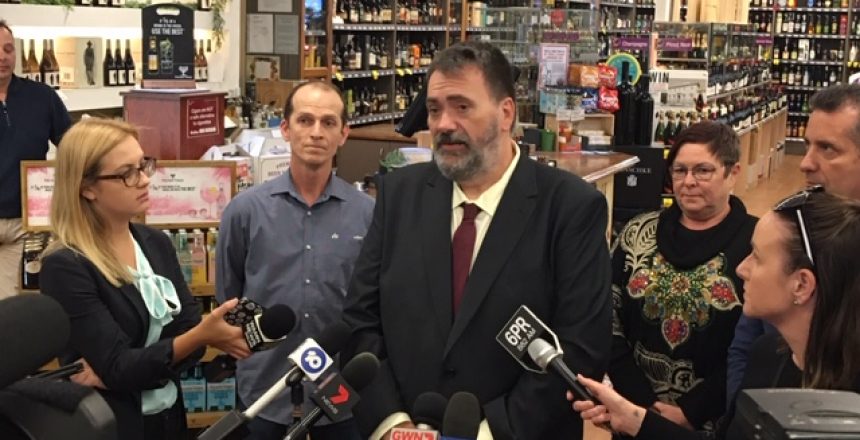 The Liquor Stores Association of Western Australia has welcomed the State Government’s changes to improve the regulation around the proliferation of warehouse liquor barns.

Under the changes, large packaged liquor outlets-greater than 400 square metres- will not be allowed to be established within five kilometres of a pre-existing liquor barn in metropolitan areas and 12-kilometres in regionals areas

The formal announcement was made by Racing, Gaming and Liquor Minister Paul Papalia at Devine Cellars in Inglewood.

The changes to the Liquor Control Act 1988 are aimed at reducing alcohol-related harm in the community.

“These changes are a positive outcome and help spell out what the lay of the land is” he said.
“The new regulations mean the liquor industry has a clear playbook to follow while at the same time licensees, retailers and consumers have a clear set of guidelines in managing community expectations” he added.

“Let’s not forget the jobs we create and the reliance our small local wineries have on our outlets”.

“There are many lines of stock the multi-nationals won’t carry simply due to low volume. However these new laws will enable small mum and dad businesses to have some insurance that their produce will be on shelves and available to the market through our members where we can effectively act as their cellar door” Mr Spagnolo added.

The changes were drawn up in consultation with key stakeholders including the Liquor Stores Association WA, the Australian Hotels Association (WA), the McCusker Foundation, WALGA, as well as individual private companies.

The changes were passed in Parliament in July and will take effect on Saturday, November 2.