Liquor Amendments: “They are a game changer” 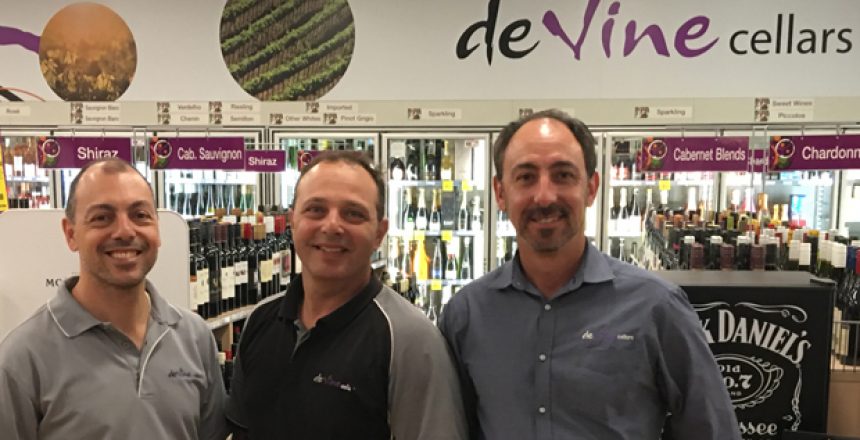 There’s been one overwhelming theme which has emanated from the new liquor regulations which have come into effect to stop the proliferation of large liquor barns across the state and that’s “People Power”.

Under the new regulations, which came into effect this month, large packaged liquor outlets, greater than 400 square metres, won’t be allowed to open a new store within five kilometres of a pre-existing liquor barn.

For Ross Tamburri, who is one of three owners of the multi-award winning “deVine Cellars” in Inglewood, the new regulations are not only a significant win for small business but also for his local community.

“For industry as a whole it’s very positive and all the players big and small” the former marine biologist told “Packaged”.

“It creates a lot of employment, even though we are at the retail spectrum but it feeds right down to the farmers and the growers and the truck drivers and all the people in between” he said.

Mr Tamburri and his partners have been in the business for more than 20 years, and he believes there is enough supply within the locality.

“It comes down to what does the community actually need. When you take into account our current locality here in Inglewood extending down to Maylands, you’ll find there’s about 15 liquor licences”.

“So do we need more liquor stores?”

“I think what the campaign has done has achieved the desired result and the area is comfortably serviced by the existing retailers, so it’s a fantastic outcome” he said.

One of the champions of that “campaign” referenced by Ross Tamburri has been Maylands MLA Lisa Baker.

After staving off a bid by the multi-nationals to set up shop on Guildford Road in Maylands, a new battle was brewing only a kilometre away from deVine Cellars.

Dan Murphy’s wanted to set up a 1000-square metre liquor barn, at the Peninsular Tavern on Railway Parade which according to Lisa Baker, had locals on edge.

“ So you can imagine if you were living around there you would have been pretty concerned about the concept of having 1000 square meters of cheap grog available in your local residential community” she said.

Ms Baker said the Woolworths owned chain was so intent on setting up shop, they offered her $10,000 to go towards a community service provider to ensure she supported their bid.

“I was so offended. You can imagine I told them to go away and not in such polite terms”.

Ms Baker said there was no doubt the community was against the proposal.

She said while the crux of the fight was about oversupply, the effects of social harm and potential for over consumption was also a critical element of the campaign.

“We had over 700 responses from surveys we put out in the area, the support of the Maylands Rate Payers Association on the ground was strong and they were very well attended” she added.

“It’s a huge win for small business in my electorate absolutely”.

For deVine Cellars, it’s about maintaining the connection to the local community.

“We started off as a very small liquor store, the three of us worked in the liquor store when we were younger and people really love coming to our store” he said.

“We’re service based, we’re knowledge based and pretty much the customer comes first and that’s what we’re here to deliver, it’s what the customer and the community want.”

“We host a lot of fundraisers and we support a lot of local sporting clubs, from soccer, to hockey and lawn bowls and we take pride in that.”

“That’s important for our business because without the community supporting us, we wouldn’t have a business, so it’s paramount we do that”.

You can access more information on the liquor amendments from our corporate partner Ryan & Durey Solicitors  here.

If you’d like to become  a member of LSAWA and help ensure a strong future for the independent packaged liquor industry click here for details.