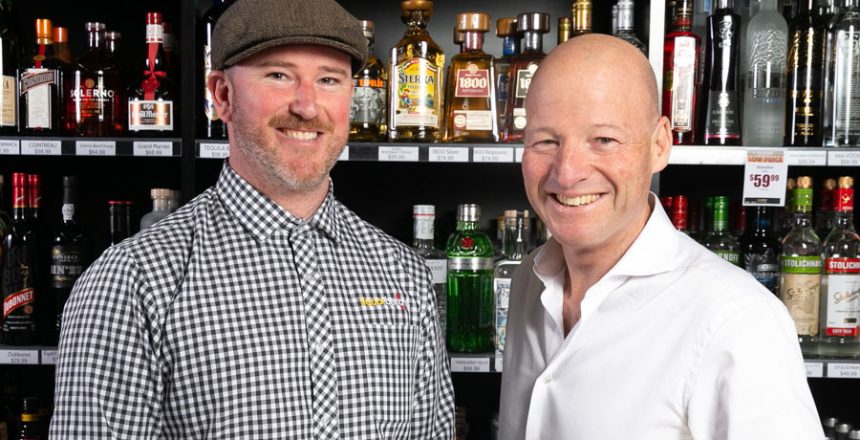 As we head into a new decade within the ever changing landscape of our liquor industry we’ll bring you insight from those who for generations have carved a living from the industry and from others who are only starting to ‘wet their palate’.

So, to kick-off our first in a long line of feature articles, we caught up with Liquor Barons CEO Chris O’Brien who just celebrated his 10th anniversary at the WA banner group.

It’s been 25 years since Chris O’Brien first delved into the world of liquor and little did he know it was going to be a career changing moment.

“My first job in the liquor industry was with Lion in 1995.  I joined them as part of their Graduate Program. Before this, I worked for a company called Aerodata carrying out airborne geophysical surveys”.

After five years, O’Brien realised taking snaps from planes over remote parts of Australia wasn’t his “cup of tea”.

“After Lion, I also spent time with a couple of WA wine businesses before winding up at Australian Liquor Marketers (ALM). I spent about 10-months as Trading Manager for ALM WA before being invited to take on a national role with Metcash in Sydney. 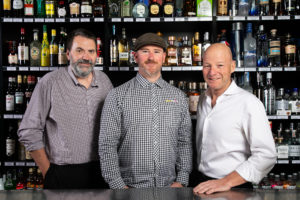 After six years in Sydney O’Brien returned to WA with his wife and his three Sydney born children.

“My first job back in Perth was with a car parts wholesaler. There were 300,000 SKU’s (Stock Keeping Units) with delivery in 90 minutes”.

And was quick to quip that he “hated it”.

“I spent six months of my life working on a windscreen wiper blade strategy and couldn’t get my wife to come to another brake pad dinner” he joked.

It was in 2009 when the opportunity (although he’d say challenge) with the Liquor Barons emerged.

“The business was in a bit of trouble at that point and the Board recognised this. There were 21 stores at the time with six ready to go to another banner”.

“We had to work pretty hard to stabilise the sinking ship before we embarked on a decade long period of growth”.

Today there are more than 75 Liquor Barons stores across Western Australia, which is testament to O’Brien’s leadership, particularly as the anti-liquor industry lobby grows in strength year after year.

“I think our industry attracts a pretty good bunch of sociable people. It’s not often you come across someone you wouldn’t be happy to have a chat with”.

O’Brien agrees there are still challenges that lie ahead for the industry such as the “ongoing small segments of the population who abuse alcohol” and the associated “drinking culture” in our nation.

While he wouldn’t be drawn on the moral debate, O’Brien said the industry would at some point have to consider what impact the future any legalisation of cannabis would have on the industry.

“I think In Australia we need to set ourselves up to be the dispenser of the product”.

“It’s all about the commercial opportunity. I won’t be drawn on the moral debate but if we see what’s happening in other parts of the world the thinking is changing there and we need to be aware of it” he said.

Meantime, O’Brien has lauded the work carried out by the LSA over the proliferation of large “liquor barns” and the legislation which now restricts the floor space to a liquor store to 400 square metres.

“From a small business perspective, this legislation has ensured we can continue to be profitable and provide a route to market for small producers”.

“This is a fantastic outcome and all involved should be recognised and congratulated by our industry”.

While working under a banner group like the “Liquor Barons” has its advantages, O’Brien stressed the importance and benefits of being members of the LSA.

“They have achieved outcomes that make WA Liquor Stores more profitable. They do this by not just talk about things, but by providing tangible solutions which resulted in very real positive outcomes”.

“As we only operate in WA, and liquor licensing legislation is fundamentally state based, you need the best, most connected, most influential and capable organisation to represent you at state government level – this unquestionably is LSAWA.

“Additionally, at a store level LSAWA provide a suite of professional services that stores need including HR and legal advice”.

And after 10-years at the Barons, O’Brien loves waking up each morning to do what he does best.

“I will forever be grateful for the opportunities this industry gives to its participants. The nature of the product, particularly how we market our products, provides the opportunity to attend and participate in an amazing range of events, travel and activities”.