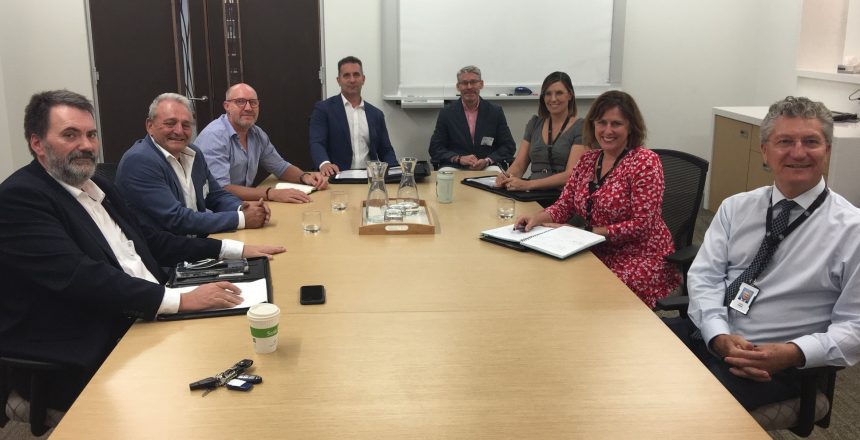 A delegation of Western Australian industry associations has held an urgent but positive meeting with Small Business Minister Paul Papalia over the immediate future for a wide cross section of industries in the face of the COVID-19 threat.

The meeting revolved around the importance for small businesses to keep trading and be given surety to be able to supply, even in the event of a worst-case scenario amid the COVID-19 global pandemic.

“The panic buying behaviour by customers in supermarkets across the country has been fuelled by alarmist messaging by some public commentators,” Mr Peck said.

“It’s just confusing people. The Chief Medical Officer is advising National Cabinet and that is the ultimate authority.”

“I can assure everyone out there, there is enough supply of toilet paper to accommodate everyone”.

“The massive hoarding going on right now is un-Australian and predatory”.

“We need to stop and think of others. This isn’t the behaviour of what we pride ourselves on” Mr Anile added.

Delegates highlighted the value that small business such as independent liquor stores and supermarkets played in the state and national economies.

“At the end of the day the lights need to stay on and the tills need to keep ringing” Mr Peck said.

The meeting also focused on landlords to do the moral thing by their tenants.

“We need government to apply as much pressure as they can on landlords to do the right thing. Now is the time for everyone to come together” said LSAWA chairman Lou Spagnolo.

Minister Papalia acknowledged the sentiments outlined by industry and said the State Government would continue to provide strong State-level support for small business.

He reiterated the Premier had flagged the State Government was developing further initiatives for small and medium businesses to be implemented soon.