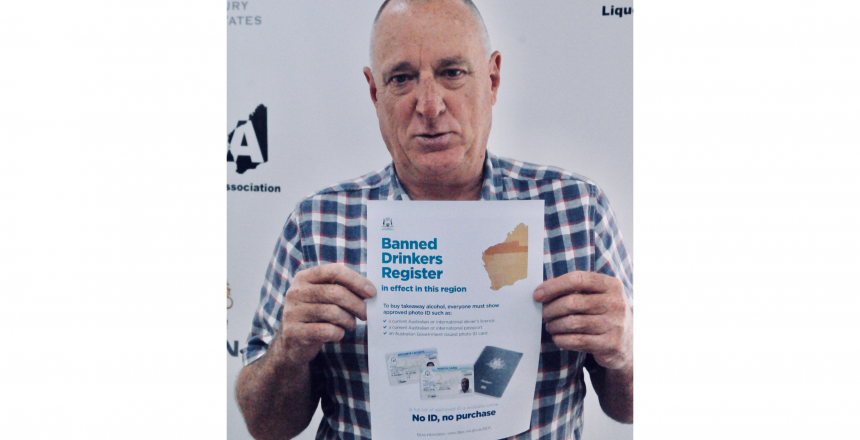 A reduction in domestic violence and alcohol fuelled anti-social behaviour are the long-term goals of the Banned Drinkers Register (BDR) trial which starts today across the Pilbara.

The BDR will represent a new era in the purchasing regime of take-away alcohol across the entire region which include the mining towns of Karratha, Port Hedland, and Newman. 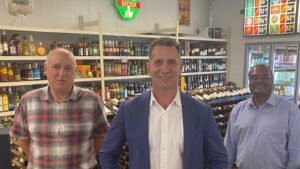 Retailers will play a significant role in the implementation of the BDR by scanning a person’s ID.

People eligible to buy take-away liquor will have a green light flash at the point of sale once their ID has been scanned.

Minister for Racing and Gaming Paul Papalia, who launched the BDR in South Hedland today said those identified as banned drinkers will be directed to appropriate community services to provide access to relevant support programs and initiatives.

“We have launched the two-year trial today with a month’s grace period so people can start getting used to providing approved photo ID when they purchase takeaway alcohol” Minister Papalia said.

“But from January 4 it will be a requirement under the register, which has a lot of community support, to provide approved ID”.

The Chief Executive of the Liquor Stores Association of Western Australia Peter Peck said today’s launch, was a significant step forward in minimising alcohol harm in and around the community.

“As an industry we have been advocating and championing for this project over the best part of a decade. This is not just an industry issue; it is a whole of community issue”.

“We are excited that our members (independent liquor stores owners) have signed up to this voluntary trial and are proud to be part of an initiative that will hopefully have a significant impact on crime in the wider community.

“Our members have collaborated with officers in Port Hedland since COVID-19 restrictions came into place and have produced some encouraging results that have shown a dramatic drop in police and ambulance call outs and assaults.

“We are confident the BDR can solidify that momentum and apply it across the region” Mr Peck said.

The trial will be evaluated by The University of Western Australia to gain a better understanding of the BDR’s effectiveness to reduce alcohol-related harm and whether BDRs should be used more widely around the State.

Click on the latest episode of our podcast Packaged below for an in-depth analysis on the BDR with Hedland Liquor Strategy Chairman and LSA WA board member Brent Rudler.