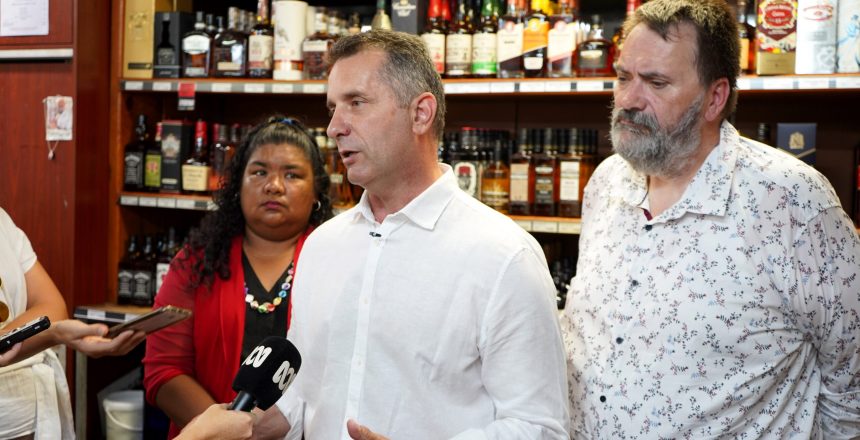 Western Australia’s liquor industry has applauded the WA Labor Party’s pre-election pledge to expand the trial of a Banned Drinkers Register (BDR) to the seat of Kalgoorlie, if it retains Government at the March state election.

A BDR is already underway in WA’s Pilbara and is set to be launched across the Kimberley in May. The scheme operates by targeting problem drinkers to reduce alcohol related harm.

People are placed on the register, either voluntarily or by a WA Police issued prohibition order or barring notice.

The BDR will operate with Scantek’s (Perth based technology company) ID scanning system which is used to verify whether a customer intending to purchase take-away alcohol is on the register or not.

The scanner will display a green light if the sale can proceed or a red light if a person is a registered banned drinker and cannot legally be sold take-away alcohol.

As part of the trial, the ID scanners will include a Takeaway Alcohol Management System which will measure the daily amount of alcohol purchased by people in their area.

LSAWA CEO Peter Peck, said a BDR for Kalgoorlie-Boulder and the Goldfields had been a long time coming.

“This is really exciting news for everyone across the region. The issues around alcohol fuelled violence have been well documented and now is the right time for change. I am confident our member stores will embrace this”.

Mr Peck said rolling out a BDR across the Goldfields would provide uniformity across regional WA.

“It doesn’t matter if you’re heading from the Pilbara to the Kimberley or down to the Goldfields, people will automatically know they will have to show photo ID which will have to be scanned at the point of sale if they wish to buy alcohol”.

“There’s no doubt the BDR will bring about change, in the way we think and act when it comes to buying take-away alcohol but that can only be a good thing for the wider community” he added.

Mr Peck acknowledged the efforts of Racing and Gaming Minister Paul Papalia who has advocated and championed the roll out of the BDR across the state.

“Minister Papalia has been a massive driving force on this and without him these harm minimisation measures would not be in place”.

Mr Peck also paid tribute to Bradley Woods from the Australian Hotels Association (WA) for his strong collaboration in engaging and helping to drive all the relevant stakeholders for the BDR to be a major area of focus for the state government.

Mr Peck said depending on the results of the state election, he hoped the BDR trial for the Goldfields would commence before the end of the year.