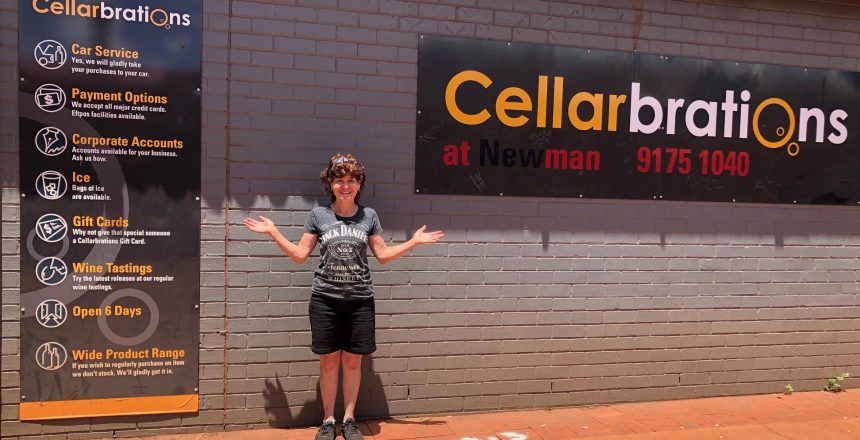 The start to the trial of the Banned Drinkers Register (BDR) in the state’s North West has resulted in a dramatic drop in shop lifting offences in the East Pilbara.

Shire of East Pilbara Councillor Anita Grace has been the owner of the Cellarbrations store in Newman for more than 20-years and while she has CCTV for security, there have been many times where thieves have stolen liquor to the value of $300 on any given day.

She has now seen stealing offences plummet by at least 90-percent.

“Since the BDR has come in to play more people are conscious of having to show photo ID before purchasing alcohol” she said.

“They know their name and photo has to be verified on the scanning machines, so it’s been a strong deterrent for any unruly customer looking to do a ‘quick hit and run’ she said.

“The most recent shoplifting incident in the store involved the theft of two pre-mix cans as opposed to several bottles of spirits at a time, so that gives you an indication that stealing in the shop isn’t as brazen as what it used to be” she said.

Mrs Grace who also sits on the board of a local women’s refuge shelter said the BDR had also deterred juveniles from entering her store.

“This is another unintended benefit of the BDR. It is great to see there are fewer children wandering into the store”.

Police say since the BDR roll out, there have been more than 180-000 photo ID scans and 58 people have been added to the register (as of January 31).

The Liquor Stores Association of WA Chief Executive, Peter Peck said while the evaluation of the trial from the University of Western Australia has some time to go, he was encouraged by the statistics.

“We have only just begun and to get this type of feedback and results is amazing. I have always said this is going to be a game-changer and it will change our attitude to drinking, for the better”.

The BDR will be rolled out across the Kimberley in May and it is expected the trial will also run in the Goldfields, should WA Labor retain government at next month’s state election.

To hear the full interview with Anita Grace, click on the link below to hear the latest episode of the LSAWA podcast “Packaged”.