A changing of the guard at LSAWA 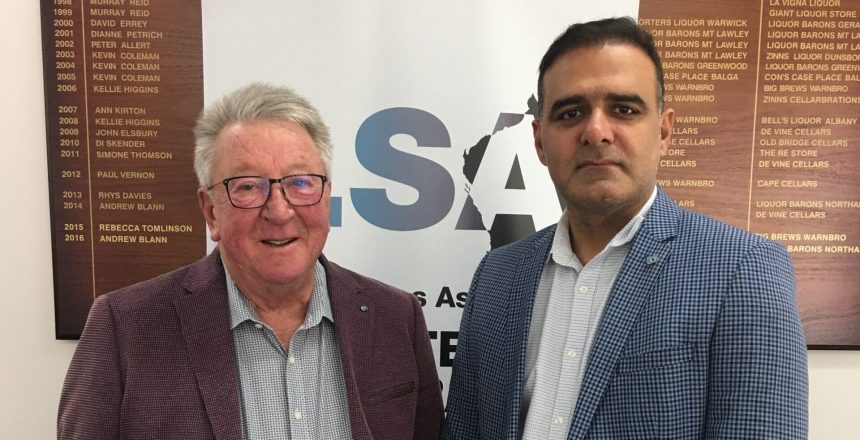 A fresh face has joined the board of the Liquor Stores Association of Western Australia to replace outgoing life member Laurie “The Larrikin” Hurley.

Vikrant Sharma, owner of Cellarbrations East Perth has been co-opted to the board.

In 2007 he emigrated to Australia from India to study accounting.

In less than a decade Mr Sharma bought his store in 2014 while working as a management accountant for oil and gas producer INPEX.

“When I first entered the industry the LSA helped point me in the right direction” he said.

“I see my role in the LSA as an opportunity to educate every small independent liquor store owner that as a collective, no one can break us.

“Individually, we can’t compete with companies like Woolworths and Coles, but together through the LSA we can achieve so much”.

“Laurie has been part of the fabric of the LSA for more than 30 years and we all know him as a loveable larrikin. He will still be around the traps and he we all look forward to seeing him at our awards night on October 15”

“Vik has a lot to offer, he’s part of the Cellarbrations banner group and his accounting experience is beneficial to the organisation”.

“His co-option to the board reflects the changing landscape of the industry and he brings with him energy and enthusiasm”.

Nominations for board positions will be called later this year ahead of the Annual General Meeting on a date to be confirmed.

Click on the link below to hear about Laurie Hurley’s journey in the liquor industry.