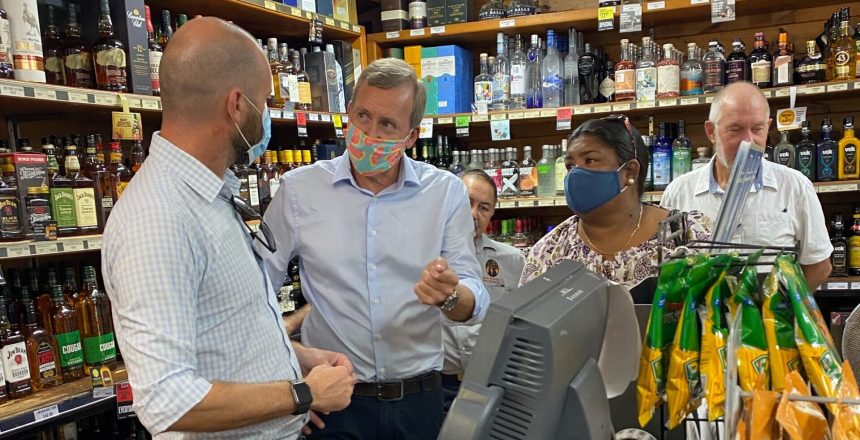 The Liquor Stores Association of Western Australia is confident the roll out of a Banned Drinkers Register (BDR) trial in the Kimberley will bring about positive changes around the purchase of take-away alcohol, significant health outcomes and help reduce anti-social behaviour across the region.

The BDR is a harm minimization tool which targets problem drinkers and refers them to health agencies for counselling. As part of the BDR trial, anyone wanting to buy packaged (take-away) alcohol must produce a valid form of PHOTO ID such as a driver’s license or passport at the point of sale.

If no photo ID is produced, no sale of alcohol is permitted. Once a person has shown a form of valid ID it is scanned at the point of sale to ensure the consumer has not been placed on the register by way of a WA Police issued prohibition order or a barring notice.

Alternatively, people can also volunteer to be placed on the register.

A two-year trial of the BDR has already been operating across the Pilbara since December 1.

LSAWA board member and Chair of the Hedland Liquor Strategy, Brent Rudler, joined Minister Whitby at today’s launch where initially, 22 licensed stores in Broome and Derby have been fitted with the scanning devices developed by WA technology company Scantek.

Mr Rudler said he has seen first-hand the benefits the register has brought about in Port Hedland and across the wider Pilbara region.

“It’s only been five months in so far, but the BDR has been an effective tool for police and the industry in Port Hedland and across the region to ensure people are playing by the rules” he said.

“We have seen a significant number of IDs scanned from Hedland to Newman and in between with dozens of people banned from buying alcohol.

“This is an important measure in targeting problem drinkers”.

“Until now the only way WA Police have been combatting some of these issues is by imposing blanket liquor restrictions which affects every person in the town or region”.

“With the BDR we get to weed out the problem makers and the responsible community members don’t get directly affected” Mr Rudler added.

So far, 492-000 people have had their IDs scanned across the Pilbara with 30 people placed on the BDR.

Eight of the 30 people have volunteered to go on the register.

The trial will also be evaluated by the University of Western Australia, with the first wave of surveys for Pilbara Liquor store owners due to commence at the end of May.

You can hear more about the evaluation study in the LSAWA podcast series “PACKAGED” with UWA Associate Professor James Fogarty here.

The BDR trial will also be extended to Kalgoorlie-Boulder and the wider Goldfields region later this year, as part of a pre-election pledge by the McGowan government.